The doors of this business have been opened prior to 1900 with the firm of Hussey, Denny & Huggard managing many estates and rent collections throughout Kerry. Hussey was a renowned agent; Denny was a member of the Denny family who owned Tralee and Huggard was the son of a large landlord. However, these gentlemen had no successors and William H. Giles took over the business in 1920, having served his apprenticeship in the office. The business has survived two world wars, with many of the heirs to the estates lost in battle leaving widows and spinsters to deal with the estates. This office managed many properties over the years, some of large land holdings acquired by the Land Commission to divide between small farmers and some of the land near the urban areas split up for residential and commercial developments.

At the end of the 1939/1945 war the country got a new lease of life and sales improved considerably with many families in England who were involved in the war coming to retire in Ireland. The economy generally improved and there was more employment.

In the 1970’s there was a recession with high unemployment and emigration and house prices at rock bottom. However, up to the 1980’s there was a recovery with much prosperity and prices increased considerably. In 1980 there was another recession. Lending institutions were too generous and borrowers were unable to pay back loans and this caused a lot of hardship which took some time to recover from. There was a revival in later years with plenty of life and prosperity with the Celtic Tiger when the lending institutions again allowed borrowing, overpaid their directors and it was necessary to be bailed out by the government at the expense of the taxpayers. This affected the economy and property transactions declined. The government appointed N.A.M.A. to deal with people who were unable to pay back their borrowings. Liquidators, receivers and accountants were appointed to dispose of properties with substantial loans and many properties have been sold at reduced reserves over the last year.

DNG WH Giles are actively selling property mostly in North and West Kerry, residential sales and lettings, commercial sale and lettings and agricultural property, while also carrying out valuations for many of the leading institutions. This firm carried out many valuations in recent years for N.A.M.A. 2017 / 2018 has seen a recovery in the market and it appears that there are more interested purchasers around at present. Some find it difficult to arrange the necessary finance. No better time to buy property if funds are available. The letting market for residential properties has proved lucrative in recent years and property has always been a good investment. Land sale have also improved and this firm let lands on a yearly and long term basis. DNG WH Giles held a grazing auction every January for the last 80 years until recently.

At present there are three fully qualified staff members: Daniel Giles B.Sc. (Hon.) ASCSI,  Daire McCann B.Sc. Est. Mgt. MIPAV and Kieran Kelly B.Sc. (hons) MSCSI, together with an experienced staff – one of whom has been here over 40 years.

Tralee is the capital town of Kerry with a population of around 30,000 and a large hinterland to include industrial and commercial businesses; education facilities to include a third level college, administrative centres and hospitals. The towns of Listowel, Killarney, Dingle and Castleisland are only a short distance with greatly improved roads in recent years.

At DNG WH Giles, we are very positive for whatever the property market may hold in the future. 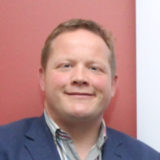 Daniel T. Giles
B.Sc (Hons) SCSI RICS MIEI
066 7121073
daniel@whgiles.ie
Daniel has been the owner of this firm since 2002 following his father and grandfather.  DNG WH Giles joined the DNG franchise in 2004.  Daniel specialises in agricultural ground and commercial property

Daire McCann
B.Sc. Est. Mgt. MIPAV
066 7121073
daire@whgiles.ie
Daire is a Director since 2018. Daire has worked with DNG WH Giles since 2004 and handles all parts of residential, commercial and agricultural sales. She has vast experience in dealing with customers and clients. 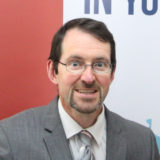 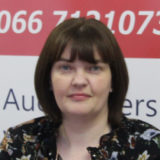 Caroline Maunsell
Caroline is front of house.  Caroline has worked for DNG WH Giles for over twenty-five years and has vast experience in dealing with all types of customers in both sales and lettings. 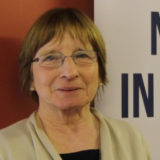 Bernadette Browne
Bernadette has worked for DNG WH Giles for over forty years and is our accounts expert. Bernadette looks after all of the financial elements of the business. 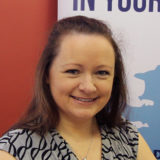 Rosemarie Foley
Rosemarie has worked for DNG WH Giles for over two years.  Rosemarie is a general administrator and is involved in preparing sales brochures and listing the sales properties on the relevant websites and social media platforms. 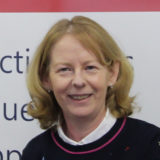 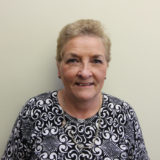 Pam Bibby
Pam works in accounts and is also an administrator. Pam has worked for DNG WH Giles for over twenty years. Pam works on management company files.